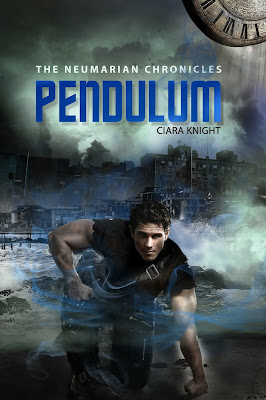 
Trapped in a world of deception, my sanity rests with the love of Ryder Arteres and our renegade friends. Six months of scouring the ocean floor in a rebel ship fleeing our homeland, delivers us to a possible alliance with the opportunistic European Council. Our only hope is to utilize our forbidden gifts to free our people from slavery, proving our worth. But when a trusted ally turns traitor and a new breed of the queen’s weaponry is revealed, I’m forced to face the terror of my past to save our crumbling future. 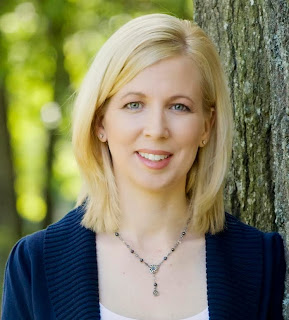 Ciara Knight began her writing career in 2008. She writes to ‘Defy the Dark’ with her fantasy, paranormal, and dystopian books. Her first Young Adult Series, Battle for Souls, will be published by Turquoise Morning press, with her prequel novella, Love’s Long Shadow, releasing in October 2011. Followed by Rise From Darkness (Book I) in March 2012, Fall From Grace (Book II), and Ascension of Evil (Book III).


Also in 2012, her adult fantasy, Curse of Gremdon will be published by Crescent Moon Press.


When not writing, she enjoys reading all types of fiction. Some great literary influences in her life include Edgar Allen Poe, Shakespeare, Francine Rivers and J K Rowling.


Her first love, besides her family, reading, and writing, is travel. She's backpacked through Europe, visited orphanages in China, and landed in a helicopter on a glacier in Alaska.

Ryder tipped my chin up and pressed a kiss to my forehead. At feeling his suppressed desire and longing, I nuzzled his neck, seeking more, wanting to touch him, not through his uniform but his bare skin.

“Shh. You need sleep. Nightmares have been keeping you up. You’re exhausted. Wish I could be there to hold you through them, but we should arrive at the ENR base soon. It’s been too long.” His hand slipped to the nape of my neck. “Once we reach land, no one will keep us apart.”

Heat surged to my face and I leaned into his hands. “Nightmares? How did you…oh, your sister. Great. Guess Raeth can’t keep a secret.” I knew Raeth only told her brother out of concern, but I’d still chastise my best friend when I got back to my room. “She just confirmed what I’d felt through our bond.” Ryder drew a circle around the tip of my nose with his. “What you been dreaming’ about?”

His closeness weakened my resolve to keep it from him. He’d think I was crazy.

“Tell me,” he urged, brushing his lips across mine in a feather-light touch.

My breath hitched and the memories of beatings and torture faded when his thumb glided down my cheek. “It doesn’t matter. Kiss me.”

His lips claimed mine with a too long-suppressed urgency. He needed and wanted me as much as I did him. If we didn’t make it to land soon, they’d have mutiny on their hands.

I inhaled his scent, absorbing it into my soul. Even after all this time beneath the sea, a hint of Earth remained and I savored the aroma. He’d always smell the same to me. A musky, earthy smell, with a hint of freedom. The aroma wrapped around my body like a shield of strength.

Steps thumped down the corridor and he broke the kiss. “Tell me. Before we have to go.”

I panted and shook my head. From the moment we’d met, he twisted me up inside until I’d share whatever he wanted to know. “Images mostly. My mother, my father. I never see his face, but I see hers.” I suppressed a shudder. “None of it makes sense. It’s almost like I feel physical pain, but I can’t see the memory.”

Ryder’s eyes narrowed. “What’s Gordon been doing to you during those sessions?”

“Gordon? Nothing. He’s been helping me remember things. He says I’ve been reprogrammed. He’s trained in opening the mind back up and he thinks I could remember something that would help the rebellion.”

Ryder glanced down the hall. “Maybe so, but I don’t like you suffering. Mighty easy for him to push you into helping. But you need to know when to back off. You been training so much and been working with Captain Gordon, you haven’t gotten any rest.”

“Maybe that’s because I don’t want to.” I stared up at him. “I’m frightened, Ryder. Terrified my mother’s programmed me into being some kind of weapon.”

“I won’t let that happen.” He kissed me again then rested his forehead against mine. “We, just the two of us, need to find some time alone.”

I struggled to stay calm, to not let my frustration and jealousy out. I failed. “The last time I tried to take some time off, you were busy with Mart and her training. Can’t you train with someone else, like me? Why does it always have to be her?”

“Jealous?” The side of his lip quirked up into a teasing grin.

He straightened, his hand moving down from my neck to my lower back. “Let’s not do this. It’s late. I don’t want to argue.”

Hugging me, he lifted me into the air until I was at eye level then he nuzzled my neck. “Rather do other things with you than fight.”

A giggle slipped from my lips.

“You happy. Someday, we’ll go to that Resort Territory of yours,” Ryder slid his nose down the side of my neck, “where we can laugh all day.” His tongue traced the path his nose had just made. “Swim naked in that lake of yours.”

A guard stomped along the metal grate floor and halted a few meters away. “Hey, you two. Lights out in five. Don’t make me throw you in the brig.”

My head still spun from Ryder’s words. He gently lowered me to the ground. My knees shook, but I managed to remain upright. Ryder scowled.

“Now,” the guard ordered, his face grim and determined.

Ryder growled low in his chest then kissed my cheek. “Until later,” he whispered.

Posted by Little Red's Book Reviews at 12:14 AM